Be the first to review this product
Special Price £12.20 Regular Price £14.35
In stock 0 Available
SKU
SL-U396F
Notify me if the price drops
Add to Wish List Add to Compare
Email
Skip to the end of the images gallery

Skip to the beginning of the images gallery
Details
Progressing on with Peco's earlier commitment to introduce the UNIFROG format to their turnouts, the new N Scale Code 55 Medium Radius turnouts are now available. The opportunity has also been taken to modify the design slightly to include the sleepers at both ends of the unit. To help you and modellers identify the new version the UNIFROG and "U" reference letter is printed in green on the packaging. UNIFROG combines the features of both Insulfrog and Electrofrog. As supplied the turnouts operate like an Insulfrog: the tip of the frog is a separate, isolated section, so will be dead when connected to a live layout. However, a wire has been welded to the underside of the frog tip that gives the modeller the option of "powering" the frog, i.e. connecting it to a microswitch, or changeover switch, which allows the frog tip to change polarity according to which direction the turnout is set. It's a much more versatile option for modellers.
More Information
Reviews
Write Your Own Review
Frequently Bought Together 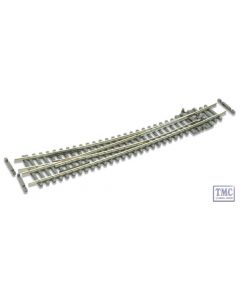 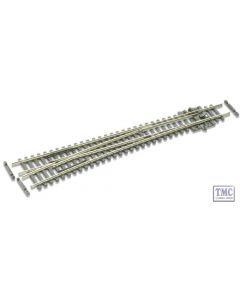 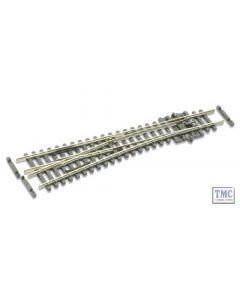 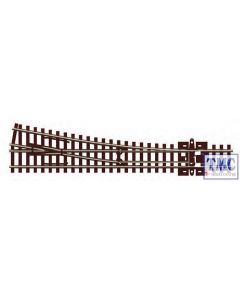